Skip to primary content
Skip to secondary content
“The successful person has the habit of doing the things failures
don’t like to do.  They don’t like doing them either necessarily.
But their disliking is subordinated to the strength of their purpose.”
– E. M. Gray
Can a character initiative in your law enforcement agency actually reduce the crime rate? Is there a connection between good character and crime fighting? In this last installment of the Dynamic of Character from the Police Dynamics Video Training Series, I take a look at the impact of character training programs on the crime rates from the Dorchester County Sheriff’s Office and the Goose Creek Police Department in SC; the Highlands County Sheriff’s Office in Florida; and Fresno, CA.

“The aim of every political constitution is, or ought to be, first to obtain for rulers men who possess most wisdom to discern, and most virtue to pursue, the common good of the society; and in the next place, to take the most effectual precautions for keeping them virtuous whilst they continue to hold their public trust.”
— James Madison, Federalist No. 57, 1788
Sorry for the long delay in posting a new police training video. I was on leave enjoying a great time at Myrtle Beach with my family. But now I’m back in Kabul and ready to start blogging again.
There are three components to building a culture of character. The first is Gaining a New Vocabulary by familiarizing yourself with the working definitions of the 49 character qualities as defined by Character First! (click on the link for a free download of the character definitions). The second is Making the Character Connection by praising the character quality that produced the achievement rather than the achievement itself. The third is Understanding the Character Test. These are circumstances that crop up unannounced, although not unexpectedly, that put your character to the test. Some people say that a character test builds character. I don’t dispute that. But I think more importantly the character test gives you an opportunity to demonstrate the character that you already had developed in your life.
In this short training video from the Police Dynamics Video Training Series, I explore the dynamic of the character test and how the Character First! definitions can be used in the workplace to promote good character. I also use the definition of Truthfulness (Earning future trust by accurately reporting past facts) to demonstrate how you can technically be honest but still be deceptive. Truthfulness means being Full of Truth… 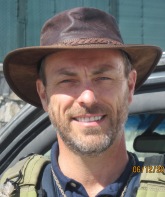 Quality of the Month